Lithium tetrafluoroborate is an inorganic compound with its chemical formula LiBF4. It is an odorless white crystalline powder; its molecular weight is 93.75, density 0.852g/cm3, melting point 296.5°C (565.7°F; 569.6K). It is hygroscopic and very soluble in water. It has been extensively tested for use in commercial secondary batteries, an application that exploits its high solubility in nonpolar solvents.

As an electrolyte in lithium-ion batteries, LiBF4 offers some advantages relative to the more common LiPF6. It exhibits greater thermal stability and moisture tolerance. For example, LiBF4 can tolerate a moisture content up to 620 ppm at room temperature whereas LiPF6 readily hydrolyzes into toxic POF3 and HF gases, often destroying the battery's electrode materials. Disadvantages of the electrolyte include a relatively low conductivity and difficulties forming a stable solid electrolyte interface with graphite electrodes. 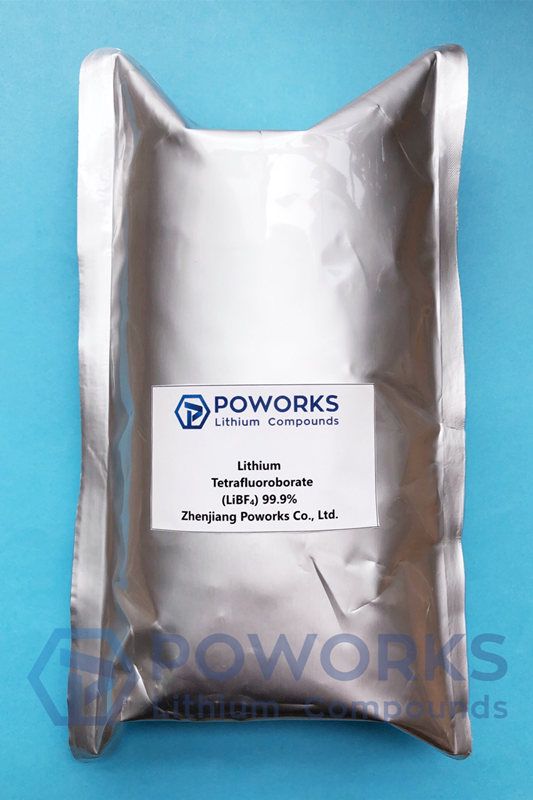