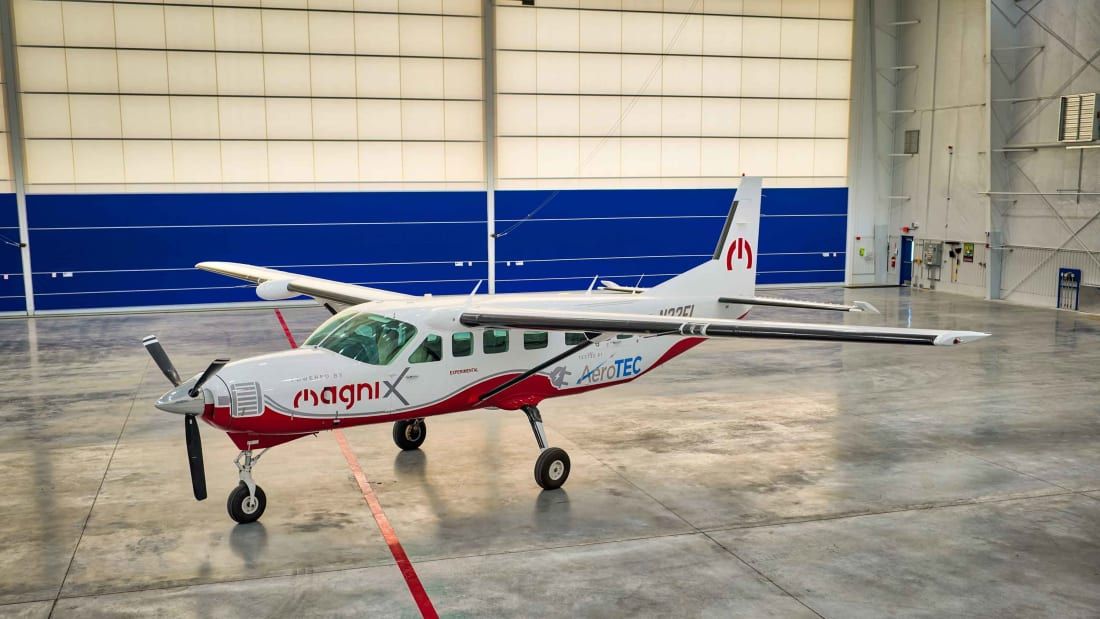 As concerns over the environmental cost of flying continue to mount, green propulsion systems can offer an ethical alternative.

Electric motor technology is due to reach a new milestone Thursday with the first flight planned of the world's largest all-electric aircraft.

The nine-passenger eCaravan plane is the result of a collaboration between engine company magniX and aerospace firm AeroTEC, according to a press release from magniX.

The aircraft, an adapted Cessna Caravan 208B, will make its first flight on May 28 at an airstrip in Washington State at 8 a.m. local time (11 a.m. ET).

The original Cessna Caravan is one of the most widely used middle-mile planes in the world, with more than 2,600 aircraft working in 100 countries, the press release states.

The all-electric version will use a 750-horsepower (560kW) magni500 propulsion system.

"As the world's largest all-electric aircraft, this first flight is a significant milestone in disrupting the transportation industry and accelerating the electric aviation revolution," reads the press release.

It goes on, "magniX's ultimate goal is to better connect communities by bringing to market an advanced all-electric propulsion system that offers lower cost of operations and zero emissions."