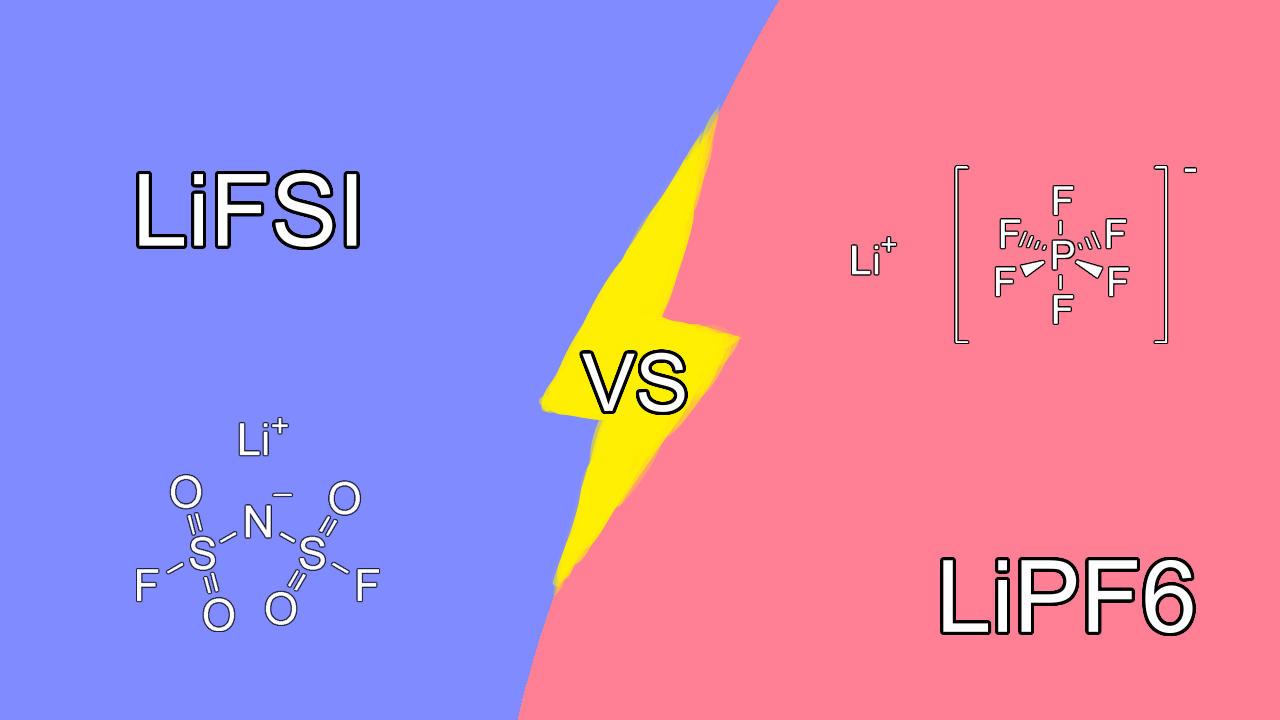 Will LiFSI replace LiPF6 in Li-ion battery electrolytes? Using the new salt lithium bis(fluorosulfonyl)imide (LiFSI) rather than lithium hexafluorophosphate (LiPF6) as an electrolyte improves the performance of Li-ion batteries with silicon anodes, according to a paper published in the Journal of the American Chemical Society by researchers in Europe.

Compared to LiPF6, LiFSI not only enhances thermal stability in li-ion battery technology, but also gives better performance in terms of electrical conductivity, cycle life, and low-temperature. However, LiFSI may have certain corrosive effects on aluminum foil. Some academic papers show that the corrosion of aluminum foil mainly comes from FSI-ions in LiFSI, but this problem can be solved by additives such as fluorine-containing passivation aluminum foil additives.

The trend is quite certain that LiFSI is becoming one of the mainstream lithium salts for next generation electrolytes. Currently, ternary lithium batteries and LFP batteries are constantly being improved and iterated generation after generation that have higher requirements for energy density, high and low-temperature performances, cycle life, and charge and discharge rate performances.

Due to high technical difficulty in mass production and high cost, LiFSI has not been directly used as a solute lithium salt, but as an additive mixed with lithium hexafluorophosphate (LiPF6) for use in the electrolytes of power li-ion batteries especially. For example, LG Chem has been using LiFSI as an additive in their electrolytes for quite some time. As technology improves, more and more LiFSI will be added to electrolytes. It is believed that the cost of LiFSI will be lowered further with the scaling up of mass production. And as time passes, LiFSI has the potential to replace LiPF6 as the main lithium salt for power li-ion battery electrolytes.