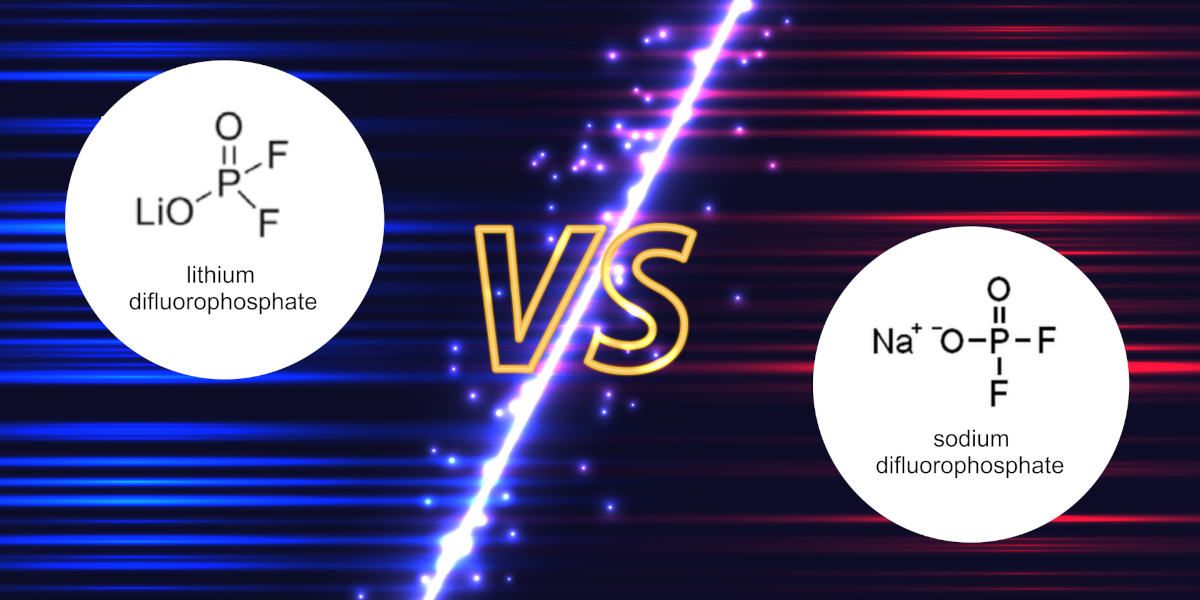 Lithium difluorophosphate (LiDFP, LFO) is greatly helpful as an electrolyte additive to enhance performances of li-ion battery’s cycle life and discharge capacity retention at high temperature, as well as reducing self-discharge. While sodium difluorophosphate has similar performance in NMC532 battery cell? Let’s take a look at a paper published on Journal of The Electrochemical Society in 2020.

NaFO is reported to be a very good electrolyte additive, with similar performance in NMC532/gr cells as the better known lithium difluorophosphate (LFO) additive, each showing ~90% discharge capacity retention after more than 1,500 cycles at 40 °C. The long-term stability during cycling between 3.0–4.3 V compares favorably with, but nonetheless is less than the 2%VC 1%DTD benchmark cells reported by Harlow et al., which have ∼94% capacity retention after 1,500 cycles. The beneficial nature of both additives is attributable to the difluorophosphate anion. In contrast, AFO and MAFO are found to be poor electrolyte additives. This is suggested to be due to the formation of lithium nitride for the former. It is unknown why tetramethylammonium cations have a negative effect on cell stability.