Is LiTFSI the best choice to improve low temperature performance in HEV cells? 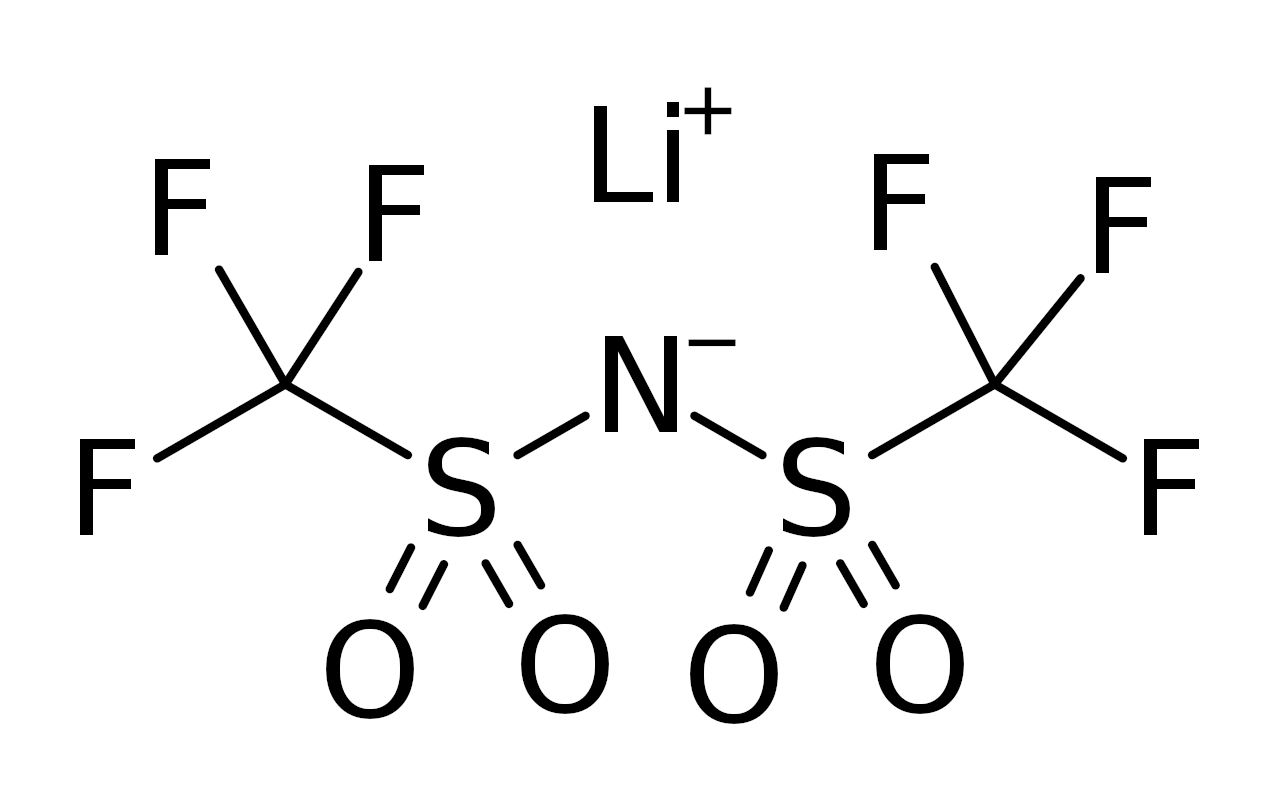 Generally it is believed that the higher the proportion of hard carbon (above 15%) is coated to the anode of a li-ion battery, the better its conductivity. However, we must make it clear that the compaction of pure hard carbon pole pieces is about 1.15 g/cc. If more hard carbon is coated to the graphite material, the compaction density of the entire pole piece will be reduced (without increasing the space between the core material layers). It can only achieve 1.2g/cc at most. At the same time, the hard carbon may be compacted and the performance may not be fully utilized. Therefore, it is necessary to choose different ratio of hard carbon coating according to application scenarios.

It is common sense that the anode material is usually unevenly stressed and irregular. The larger the particle size of the material, the greater the internal resistance. Therefore, if hard carbon coating is used, although battery cycle life can be significantly expanded, its calendar life is relatively poor (battery cell capacity reduces greatly within storage of 6 months).

Is LiTFSI the best choice to improve low temperature performance in HEV cells?

Obviously, hard carbon-coated anode material is not enough to solve the pain points of poor performance at low-temperature; some other materials must be improved, such as electrolytes. Electrolytes are an important part of lithium-ion batteries, and they not only determine the migration rate of Li+ lithium ions in the liquid phase, but also play a key role in the formation of SEI film. At the same time, the existing electrolytes have a lower dielectric constant, so that lithium ions can attract more solvent molecules and release them during desolvation, causing greater system entropy changes and higher temperature coefficients (TCs). Therefore, it is important to find a modification method that has a smaller entropy change during desolvation, a lower temperature coefficient, and is less affected by the electrolyte concentration. Currently, there are two ways to improve low temperature performance through electrolytes:

As a new type of non-aqueous lithium salt, LiTFSI has high thermal stability, a small degree of association of anion and cation, and high solubility and dissociation in carbonate systems. At low temperatures, the high conductivity and low charge transfer resistance of the LiFSI system electrolyte ensure its low temperature performance. Mandal Et Al. has used LiTFSI as a lithium salt and EC/DMC/EMC/pC (mass ratio 15:37:38:10) as the basic solvent for electrolyte; and the result showed that the electrolyte still has a high conductivity of 2mScm-1 at -40°C. Therefore, LiTFSI is regarded as the most promising electrolyte that can replace lithium hexafluorophosphate, and is also regarded as an alternative for the transition to an era of solid electrolytes.

According to Wikipedia, Lithium bis(trifluoromethanesulfonyl)imide, often simply referred to as LiTFSI, is a hydrophilic salt with the chemical formula LiC2F6NO4S2. LiTFSI is a white crystal or powder that can be used as an organic electrolyte lithium salt for lithium-ion batteries, which makes the electrolyte showing high electrochemical stability and conductivity. It is commonly used as Li-ion source in electrolytes for Li-ion batteries as a safer alternative to commonly used lithium hexafluorophosphate. It is made up of one Li cation and a bistriflimide anion. Because of its very high solubility in water (> 21 m), LiTFSI has been used as lithium salt in water-in-salt electrolytes for aqueous lithium-ion batteries.

LiTFSI can be obtained by the reaction of bis(trifluoromethylsulfonyl)imide and lithium hydroxide or lithium carbonate in an aqueous solution, and the anhydrous can be obtained by vacuum drying at 110 °C: LiOH + HNTf2 → LiNTf2 + H2O

Lithium bis(trifluoromethylsulfonyl)imide can be used to prepare electrolytes for lithium batteries and as a new Lewis acid catalyst in rare earth; it is used to prepare chiral imidazolium salts by anion replacement reaction of corresponding trifluoromethanesulfonates. This product is an important fluorine-containing organic ion compound, which is used in secondary lithium batteries, super capacitor Chemicalbook, aluminum electrolytic capacitors, high-performance non-aqueous electrolyte materials and as new high-efficiency catalyst. Its basic uses are as follows:

It is believed that in some application scenarios, there are substantial requirements for high-power batteries, scenarios such as electric forklifts and AGVs. As concerns on durability and attributes of production tools, it is also necessary to solve the problems of cycle life and low-temperature performance at one time. Therefore, research and development on next-generation electrolytes will continue. But it is still a multi-dimensional concern and competition of performance, cost, and safety; and the markets will eventually make their own choices.